Before setting up the force plates in Motive, make sure its required software components are installed on the computer. AMTI's software (e.g. AMTINetForce) must be able to detect and initialize the connected devices in order for the force plates to be properly initialized and used in Motive. Once this has been confirmed working, start setting up Motive. Please refer to manufacturer documentation for more information.

Sampling rate of force plates can be set from the Devices pane. 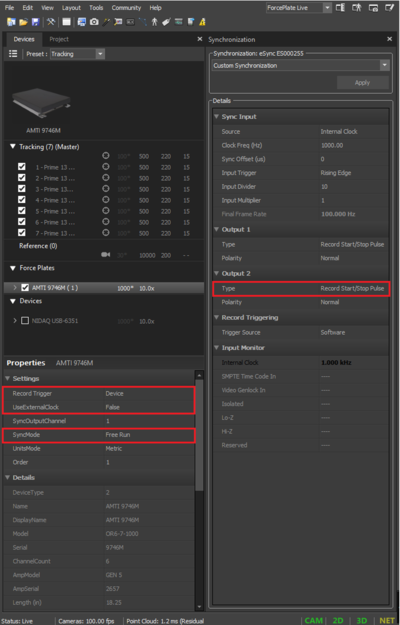